Drones have become a fundamental tool in film recording for the filming of aerial shots in scenes.

Due to the latest recording technology, the drones have made possible to gain incredible aerial shots with the best quality and precision. You can reduced human costs and risks in compared to the traditional method.

Back to the old days, to get aerial plans in the film industry was only possible through airplanes, light aircraft and helicopters.

The price of taking aerial shots was very high and was only within reach of large audiovisual productions.

Drones have revolutionized the film industry!

Therefore the use of drones for film recording has not only eliminated the need for large investments. But it has reduced human risks and allowed the filming of unthinkable scenes so far.

Why to make a Drone film recording?

The drone have brought countless advantages to film recording.

The main benefit of the drone to the film industry has been to allow any audiovisual production to have aerial scenes, whatever their budget.

In fact, they have reduced the recording time and facilitated the repetition of aerial shots comparing with traditional method. The drone doesn’t need an airport to take off and land!

You will get impressive aerial planes in all your scenes!

The small size of the drones makes them really useful and manageable in filming inaccessible places. Thus, you can innovate and impact with plans never seen before. Your scenes will be much more impressive and innovative!

Also, they have managed to reduce human risks to 0 with the cost savings that entails, since being unmanned ships do not require a pilot on board to direct the recording.

Success with Drone film recording is at your fingertips!

Other of the novelties of the drones has been to allow the live tracking of the aerial recordings. This makes it easier to correct deviations in the filming. Drones will ensure the success of aerial shots!

For all this and much more, drones are the best instrument to succeed with film productions, obtaining impressive scenes and at the best price!

Our drone for film recording

Getting scenes with the best quality and precision can be very complicated …. Therefore, we have different drone to ensure the success of drone film recording.

Inspire 2, (5k and RAW recording with the Zenmuse X5S camera), is the perfect drone for outdoor aerial shots and great aerial panoramas with unbeatable accuracy.

MavicPro, meanwhile, is the ideal drone to take aerial shots in enclosed areas and in areas of difficult access, because its small size makes it really useful and manageable.

The drone have arrived to stay! Since their incorporation into civil use, they are not only used as hobbies or hobbies, but they have developed really important functions in our day-to-day lives.

Drones have managed to make agriculture work, technical inspections or topographic maps much faster, cheaper and with a 0 risk.

In addition, they have become an indispensable element in the advertising of businesses, hotels, properties and all kinds of events.

Do you have any questions about drone recording? Get in touch with us without obligation 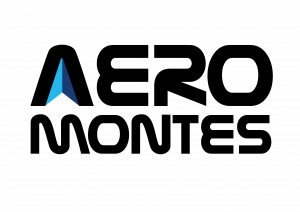